This has nuthin’ to do with nuthin’ (as a friend of mine would say), but it’s such a great idea that I had to share. It came in what was essentially a spam email. Here it is: when making devilled eggs, put the yolks in a zip-loc bag instead of a dish to mash them up with the salad dressing and whatever else you put in your eggs. 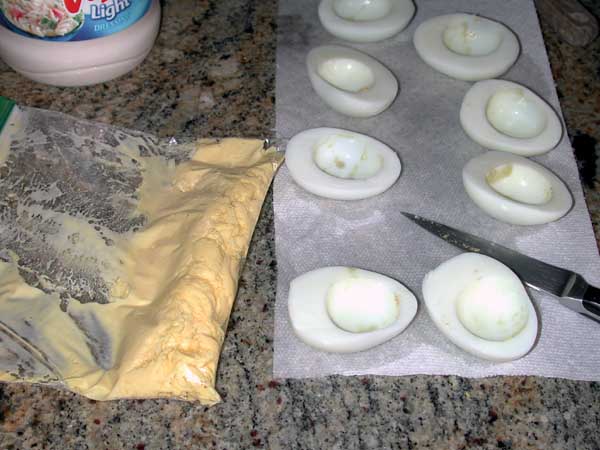 This makes the eggs fast to mix, you can get ALL the lumps out, and you don’t have a dish to wash afterwards. Snip a corner of the bag to squeeze the filling into the eggs (and you also waste less filling). 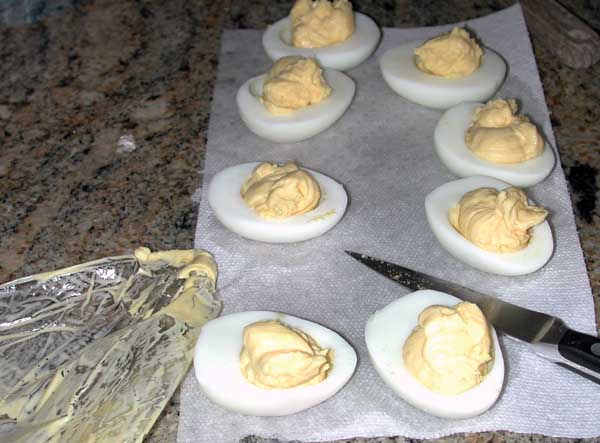 I mooshed the filling down a little. I also accidentally discovered that putting the eggs on a paper towel dries the bottoms so they don’t skate around on a plate. I could probably have figured this out if I had ever really thought about it. 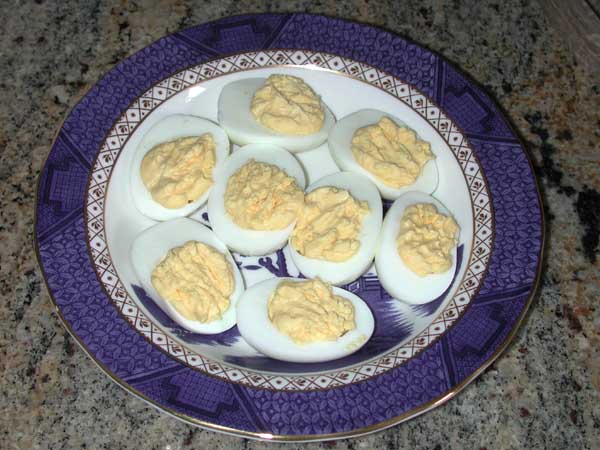 The eggs don’t skate when I use my cute egg plate (it’s an egg-shaped plate with depressions for a dozen half eggs). I didn’t use it this time because somehow there were only 4 eggs left in what I was thinking of as a new carton of eggs. The plate empties quickly, but you don’t want to start out with it half-empty.

This bag approach is similar to the Aunt Jemima cornbread mix which comes in a bag in a little pan. You add the milk and eggs to the mix in the bag, moosh it around, squeeze the batter into the pan, and bake. As I recall, it’s not especially good cornbread, but I thought it was so much fun to make when I was a kid.

One Response to “Spam and eggs”

I find the chart very practical and clear, I like the binder format instead of a gigantic chart which you have to fold and unfold each time you use it.