I had another browse through some Bierstadt paintings and I was wrong — there is a painting with Half Dome in it, although it’s not exactly a painting OF Half Dome: 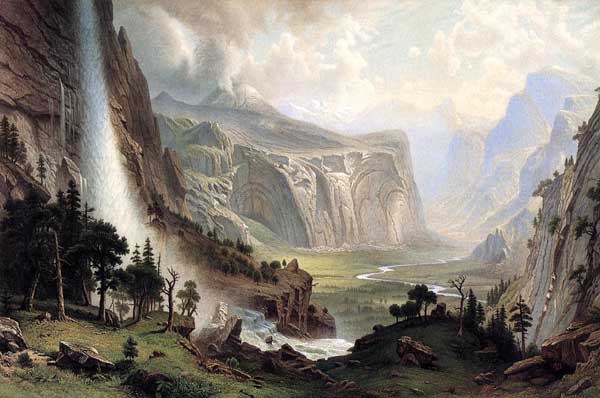 It’s called, appropriately enough, The Domes of the Yosemite. I believe this is a view from the top of lower Yosemite Falls, with the upper falls on the left (although we didn’t go up there; the falls were dry). It’s somewhere between this view (Washington Column on the left, guess who on the right): 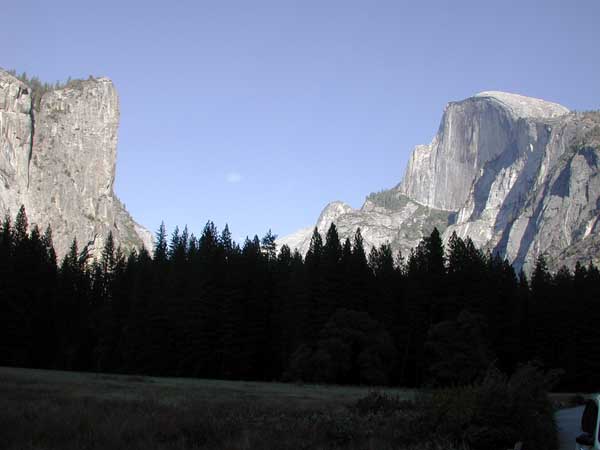 and Tunnel View (this is the first view of the valley you get driving in): 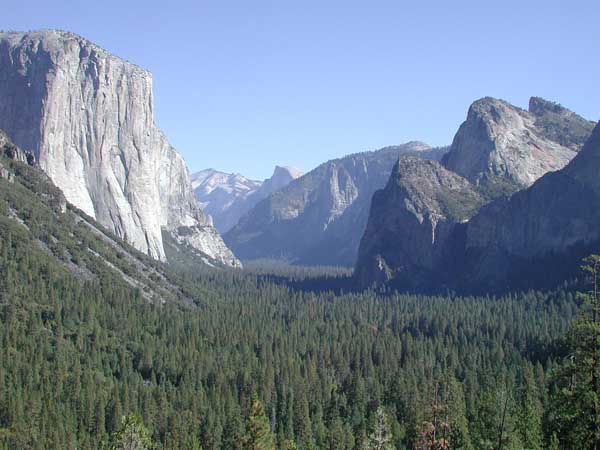 You have to imagine you’re down the valley and around the corner from El Cap (on the left).

Comparing the Bierstadt view to the topo map, I believe the point jutting over the left side of the valley is Washington Column, the round dome between it and the falls is North Dome, and the sliced-off round place directly in front of North Dome is Royal Arches. I think the largest dome on the right is Half Dome — it doesn’t quite look like it, but there have been massive rock falls from the face since Bierstadt was there, so I think the rock in front of what appears to be Half Dome just isn’t there any more. My best guess.

And by the way, I’m working on a chart of “The Domes of the Yosemite”.

This entry is filed under Art, Life. You can follow any responses to it through the RSS 2.0 feed. Both comments and pings are currently closed.

I received my order on Thurs and have been busy checking floss, fabric, etc. Hopefully, I can have a happy and not too long relationship stitching the design. I will certainly send you a picture of the completed project - maybe in a year!