I’ve been intending to post pictures of the alphabet since I finished U, but now I’ve also finished V and am well into W. 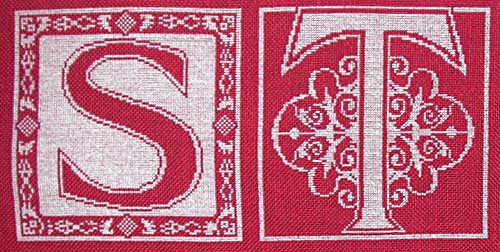 S was a monster with all that solid area but the sort of Navaho-y decorations are nice, I think. I like the decoration around T too. 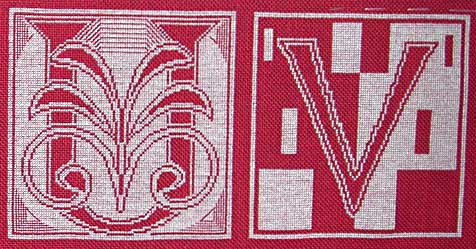 U was really time-consuming but I like it a lot. Very Art Deco. V was one of those letters where I wasn’t satisfied with the chart. It’s supposed to be symmetric but the squares at the bottom aren’t, even though I made the solid square taller to match the cut-out square. I think I need to make it 2 or 3 stitches wider.

I was hoping I could finish this by the end of the year but with 5 1/2 letters and decorations left to do it doesn’t seem even remotely possible, especially since I have not managed to stitch at all this week (well, maybe an hour). I had this image of stitching all through the Thanksgiving weekend which has totally not happened. I usually get at least an hour of stitching while I watch the news, but I haven’t seen any news this week.

Our original plans for this week were:
Tuesday: Go out for Ethiopian food.
Wednesday: Go off-roading.
Thursday: Thanksgiving (potstickers).

We could have gone off-roading on Friday but it wasn’t supposed to be as nice as Thursday. So I had the most unusual Thanksgiving I’ve had since the year we flew to Louisiana to go birding (we arrived mid-afternoon, weren’t hungry then, and foolishly headed into the boonies thinking we would get something “later”. We didn’t find an open restaurant until about 10 PM.)

Do I hear you saying, “I wouldn’t have guessed you were the off-roading type”? You are absolutely right. But 8 years ago, MRA bought an old Toyota FJ-40 (like a little jeep) and has proceeded to turn it into a monster ORV. 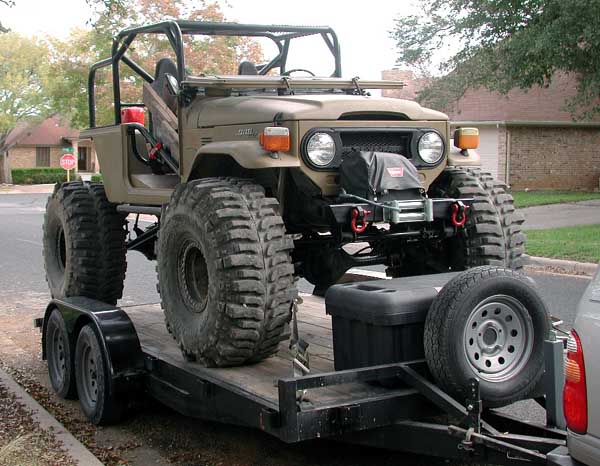 I had never been in it. It has only been in the last year that it has gotten to where it is both running and sort of reliable (as in, if you drive it somewhere, you can plan on also driving back). We’ve discussed taking it to Big Bend Ranch to get into the back country but thought it would be a good idea to go somewhere close by first to see if I could stand riding in it at all. So yesterday was finally the day. We went to an “adventure ranch” near Marble Falls which is about an hour from Austin (when you’re pulling a heavy load). I forgot the camera so have no pictures of us plunging over cliffs and climbing vertical surfaces. The step comes about chest level on me, though, so I wouldn’t have been hopping in and out to take pictures anyway. It’s not as noisy as I thought it would be and if you keep moving the exhaust fumes aren’t bad (damned by faint praise, I know). It’s pretty scary jouncing along high off the ground in a vehicle with no doors but once I was strapped in with 4 parts of the 5-point harness I felt safer and eventually stopped gasping at every jolt. There wouldn’t even be much of a story to tell except that we ran out of gas.

Technically, we weren’t OUT of gas but we stalled going up a steep hill and there was no starting again. By amazing luck, we were less than 1/4 mile from the trailer so we took a gas can (I had assumed that they were there for a reason but both were empty), walked back to the truck and tried to siphon some gas out of it (there actually was a siphon). That didn’t work so we had to drive into Marble Falls to fill the gas can but it was only 6 miles. We then drove to the foot of the hill we were stuck on and lugged the gas can up, filled the tank, and we were off. Barely a minor inconvenience and it happened early enough so that we were still home before dark.

So Big Bend Ranch next? Maybe. Probably. MRA says it’s perfectly flat which I know not to be true (I’ve been there) but if we can stay in the canyons and not try to climb the walls, I can do it.

And now on to potstickers. I’ll let you know how they turn out. 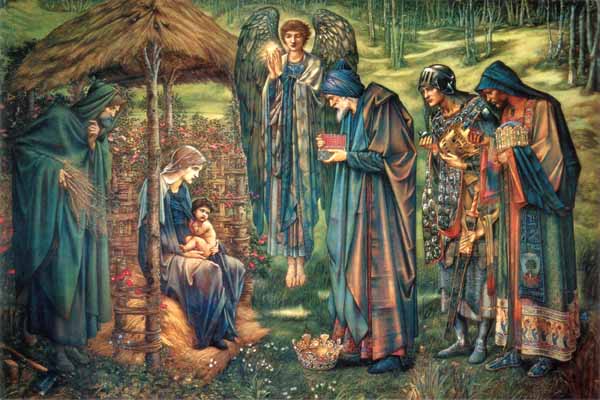 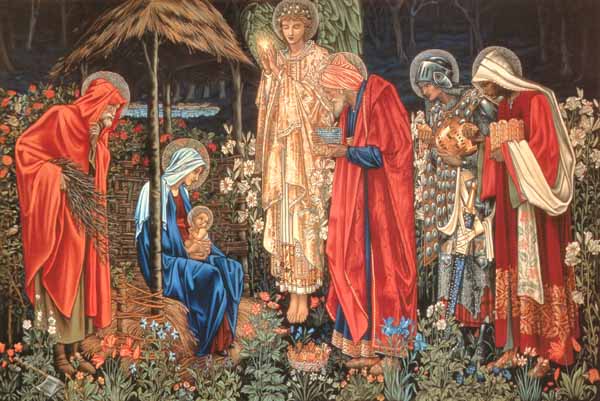 Did you attend the recent online retail needlework show? Hopefully everyone is familiar with the wholesale show that’s held twice a year — well, this was a show where everyone, not just shops, could buy. We didn’t get much advance notice of the date so there wasn’t time to put an announcement in the newsletter, but I did announce it here.

So: if you heard about it, did you visit the show? If so, what did you like and dislike about it? Right now the organizer is looking for feedback about whether to continue with it and what should change. It probably wouldn’t be this same time of year — July has been suggested. What would be a good way to get word out about it?

(I posted the same questions in the forum. Feel free to reply whichever place is easier — no need to reply in both.) 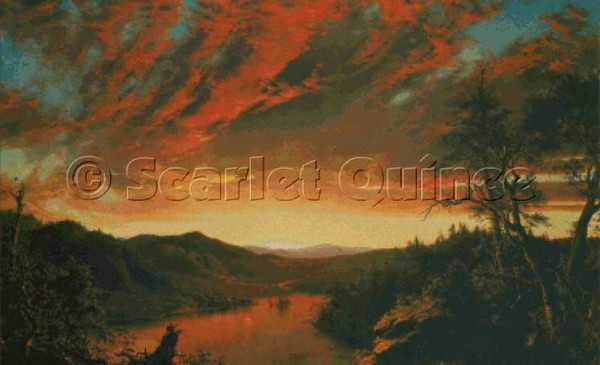 There’s an online RETAIL needlework show coming up very soon, November 5-8. You’ve seen our announcements in the past about the wholesale show, but this one is retail, meaning individual stitchers can shop this show. Here’s the announcement. Note: LNS = local needlework shop, ONS = online needlework shop.

We’re trying something new next week…we’re offering you a RETAIL show online! The show will open at 2pm EDT on November 5th and close at midnight on November 8th. The “location” for the show is:

We realize that many consumers don’t have an LNS or ONS that they regularly use, so sometimes, trying to order products shown during a wholesale show can be a bit awkward. Even if you have an LNS, perhaps the store owner can’t order for you due to minimums and shipping in the wholesale show.

Now, you’ll have the opportunity to place your orders directly with exhibitors! Better yet, since it’s a retail show, many shop owners are participating, too! If you don’t already have “your” LNS, it’s a great opportunity to find one.

Plus, you never know what “goodies” other stores will be offering, so you can go on a virtual shopping spree.

We hope to make this a yearly event, but that’s UP TO YOU! If you like the idea of a retail show, let the exhibitors know, even if you don’t place an order with them this time. Send them feedback about the products they’re offering or let them know what you’d like to see next time.

So mark your calenders… Nov 5th-8th at http://needleshowretail.com

Scarlet Quince will be advertising in the show, although we’re not selling through the show (but as always you can shop through our website). We’re going to have drawings for doorprizes so be sure to visit!

Posted in Stitching | Comments Off

You are currently browsing the Scarlet Quince Ramblings blog archives for November, 2009.

Now that my wife has had the time to work with [SQ Stitch] she is absolutely delighted and cannot believe that it was free. She says her work rate, with the help of the software, has dramatically improved as has the accuracy of her stitching. The software has so many useful options to help the user and is very user friendly.....even l can understand it!