OK, there’s only one snake, but it’s a big one. [Full disclosure: I consider any snake over 6 inches long to be a big snake.]

I first saw this snake crawling into the jasmine in the back yard. I only saw its tail but there was plenty of that. After some hunting around online I decided it was a blotched water snake. They eat fish. So I looked out at the pond and THERE IT WAS right by the pond. Creepy. 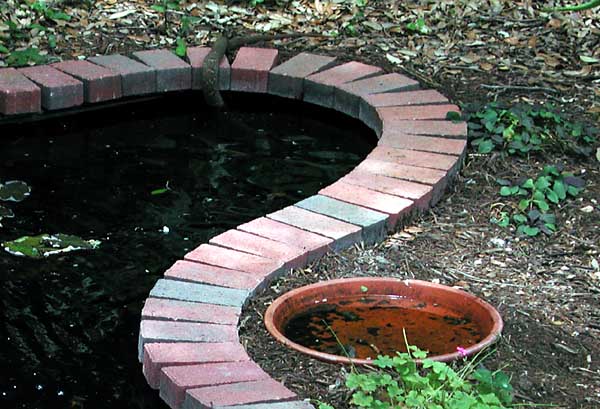 I saw it go into the water a couple of times and the first thing it does is stick its head under water, I guess to see who else is there. 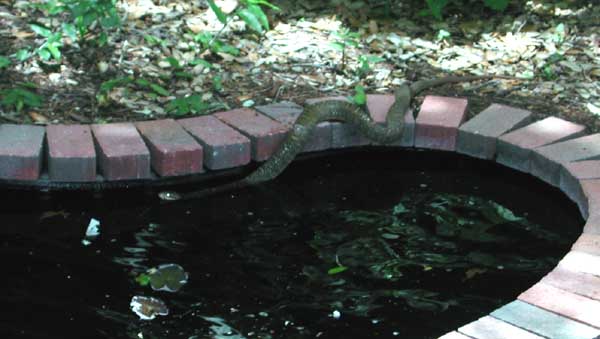 Then it takes its head out, gets situated, and just dives in. I think most of our fish are too big for this snake to eat, but probably not all. I don’t know how long it has been around or if any of the fish are missing. I got the skimmer and bothered it around the pond a lot but I couldn’t make it get out. I didn’t see it attack a fish and they didn’t seem overly concerned but if there is such a thing as smart fish, they don’t live here. 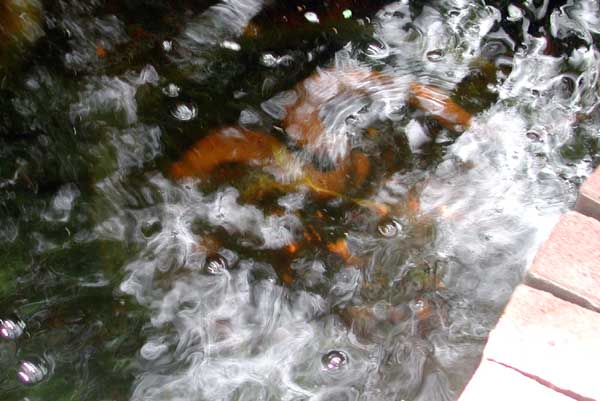 The snake mostly just hangs out under water. This is blurry but he’s just lying in a water lily pot. 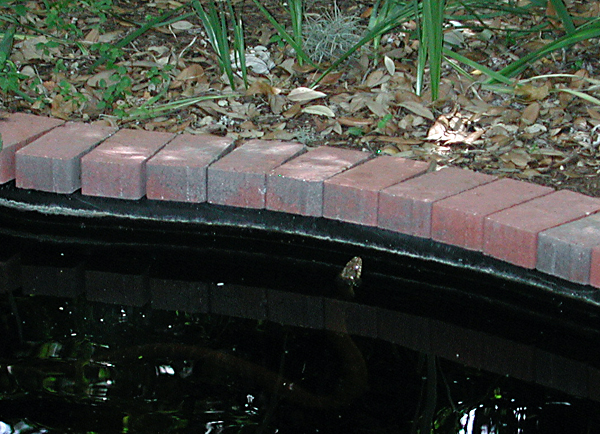 He comes up for air about once a minute. How does a snake tread water?

That was Monday, and I haven’t seen him since. I hope he decided our pond wasn’t as peaceful as he thought it would be, or that there wasn’t anything to eat, and moved on. Of course there are a million places a snake could hide in our back yard and it worries me not knowing where he is. It’s not a poisonous snake but it will strike if it feels cornered and I don’t know how paranoid they are. As a friend said, it doesn’t matter if it’s poisonous — if it attacked me I would drop dead on the spot.

You are currently browsing the Scarlet Quince Ramblings blog archives for June, 2010.

What an amazing site, I have learned so much from this site. Thanks you so much. It is well written and easy to follow.