We went for a walk at Balcones Canyonlands over the weekend. It sounds like something at Disneyland, but it’s really our closest National Wildlife Refuge. It’s habitat for the endangered black-capped vireo and golden-cheeked warbler, but I usually go for flowers or butterflies or just to get outdoors. 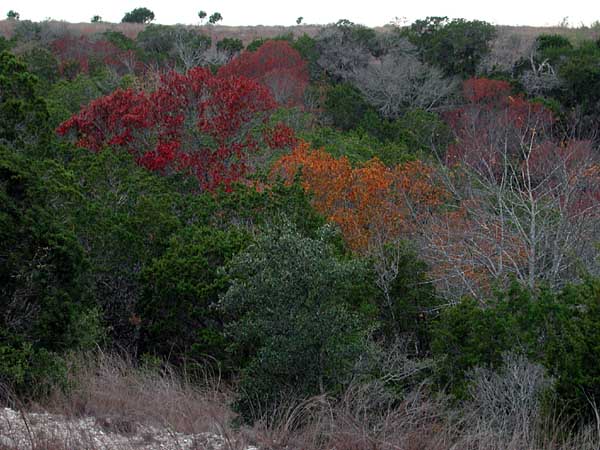 This is at Doeskin Ranch; two other sections are really just birding platforms.

Texas is not a place most people associate with fall color, but it exists — you just have to wait until late November. The colors would have been spectacular had it been a sunny day but we were having a gloomy Novemberish day. On the other hand, this time of year the sun is so low in the sky much of the day that it would have been annoying. This is a good year for color — the Spanish oaks, sumac leaves and berries, persimmons, and poison ivy are bright red — the cedar elms are bright yellow. The dark green of the cedars shows them off beautifully (it’s really Ashe juniper, but people here call it cedar). Other trees have already lost their leaves. 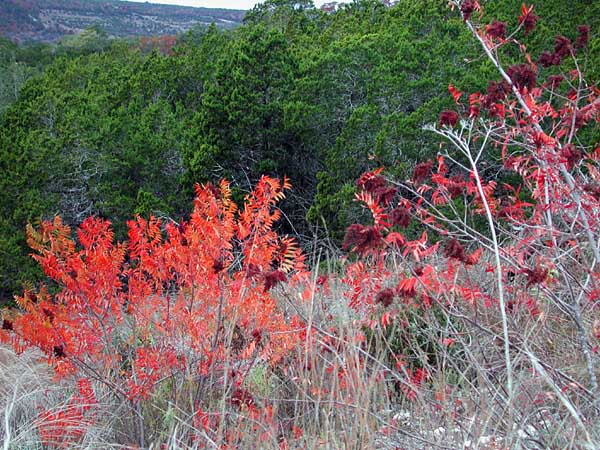 This time of year, it helps to have an appreciation for dried plants. Liatris mucronata or Blazing Star blooms in late September, but the died heads are attractive in their own way. 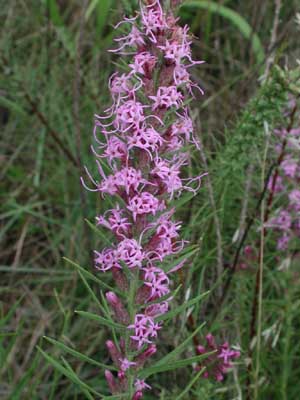 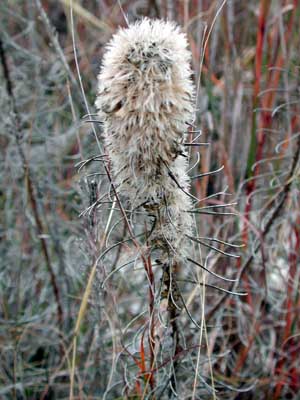 If you look around, the rosettes of next year’s flowers are getting started. This is Erodium texanum, or Texas stork’s bill. It’s a little geranium that blooms in early spring. 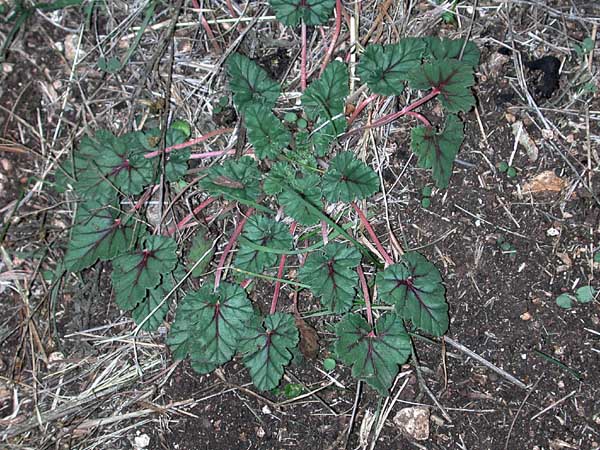 The junipers are covered with berries. I’m not a gin drinker but I do like the smell of juniper berries. 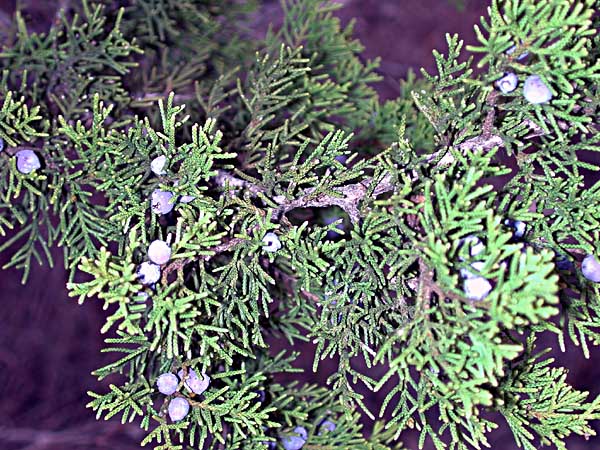 We hiked up the Rimrock Trail to start with. It’s a silly name because although they have managed to make the trail very steep, this is not really much of a canyon. Walking along the plateau at the top, we found a new trail (or new to us), the Indiangrass Trail. I assume this is Indiangrass. 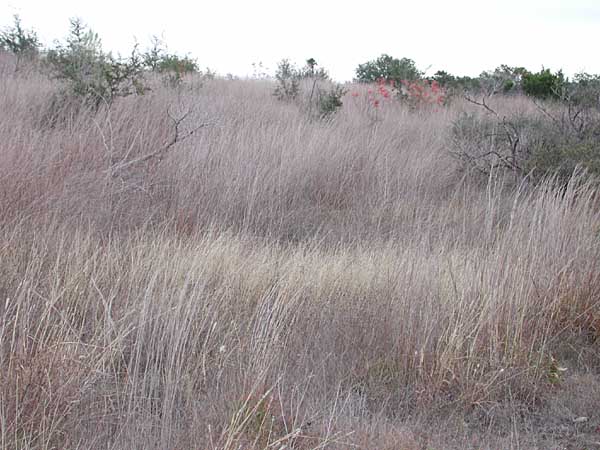 The trail winds and winds down the valley and eventually returns to the top of the ridge. They should call it the Cairn Trail. This borders on the absurd, don’t you think? 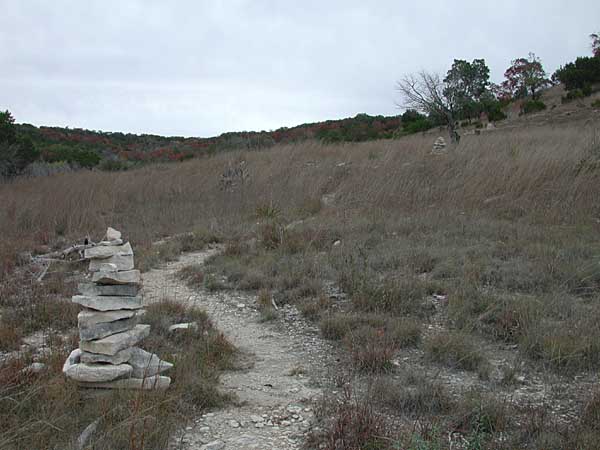 There are two more cairns in sight up to the right. It’s a very easy trail to follow so I can only assume that someone had a lot of time on their hands. Then, about 2/3 of the way along — no more cairns. It’s as if they thought, “Ok, you should have the picture by now — you’re on your own.”

If you go to Balcones Canyonlands in October, it can be a great place for Monarch butterflies. There’s a lot of frostweed (Verbesina virginica) which isn’t much to look at but the butterflies find it tasty! I’ve seen as many as six Monarchs on a single plant. 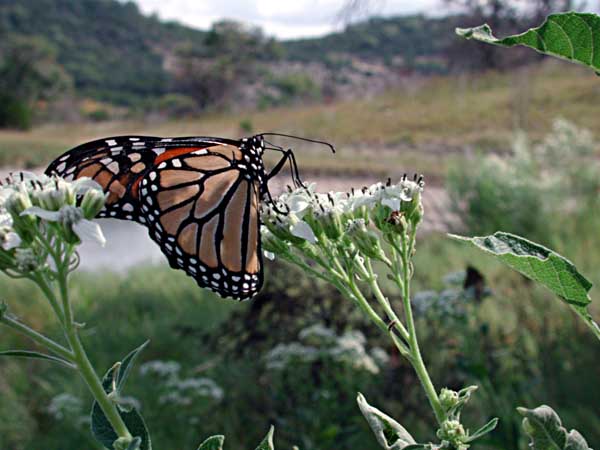 But they drift on the wind as they migrate so they don’t always get to Balcones. This picture is from another year; by now the frostweed has dried up.

What an amazing site, I have learned so much from this site. Thanks you so much. It is well written and easy to follow.