Yesterday as I was driving out I saw a small dark bird hovering over the xeriscape bed in the berm between the street and sidewalk. At first I thought it was a hummingbird, but it was too dark — we only have rubythroats here (as far as I know). I stopped to get a good look at it and it turned out to be a male lesser goldfinch picking seeds out of the gone-by zexmenia flowers (Wedelia hispida). Very cool! You can see a picture of the bird here. The closest I’ve seen them is 3 hours southwest, in the Uvalde area. I hope it will be a regular visitor to the zexmenia, although I’ve never heard of goldfinches eating anything but thistle seed. Maybe it will make do with zexmenia seeds until the thistles have bloomed and gone to seed. 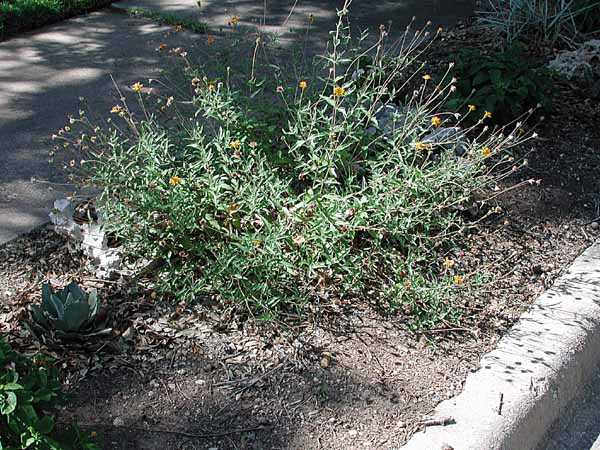 We have planted the berm with various drought- and deer-tolerant plants. The zexmenia has nice flowers but it’s a weedy, woody kind of plant with rough-bristly leaves and stems (that’s what hispida means). The best thing is that the deer leave it strictly alone and can’t hurt it even when they go crashing clumsily through it. (They keep knocking pads off the prickly pear. Fortunately the pads root readily if you stick them in the ground but I’d rather have one large prickly pear than 10 small ones.) 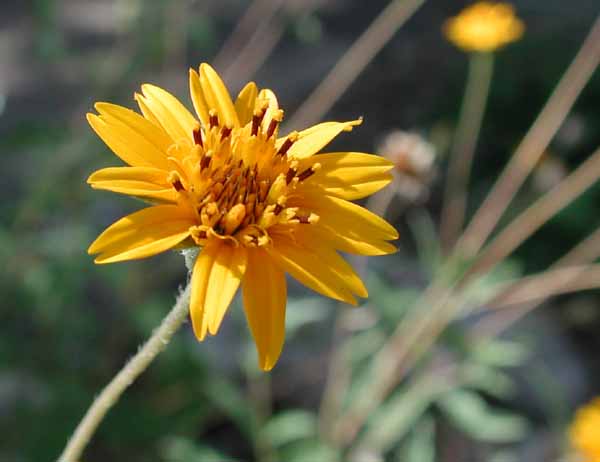 2 Responses to “Lesser goldfinch on my zexmenia”

I'd like to thank for your free pattern I had received yesterday. I can't wait to start! Your large print is so much easier on my eyes.